Archdiocese of Baltimore recognizes teachers of the year

Two of the Archdiocese of Baltimore’s 2019 Teachers of the Year have more than two decades of teaching under their belts, while the third has been in the profession for only five.

Like Jennifer Karn, a middle school teacher at St. Mary Catholic School in Hagerstown, and Becky Egan Hogg, a religion teacher and director of mission and ministry at Mercy High School in Baltimore, however, Kaitlyn Marsh, a social studies teacher and field hockey coach at St. Mary’s High School in Annapolis, also shares a devotion to her students and pride in her school.

The Catholic Review sat down with all three over the summer to learn what’s behind their passion for education. 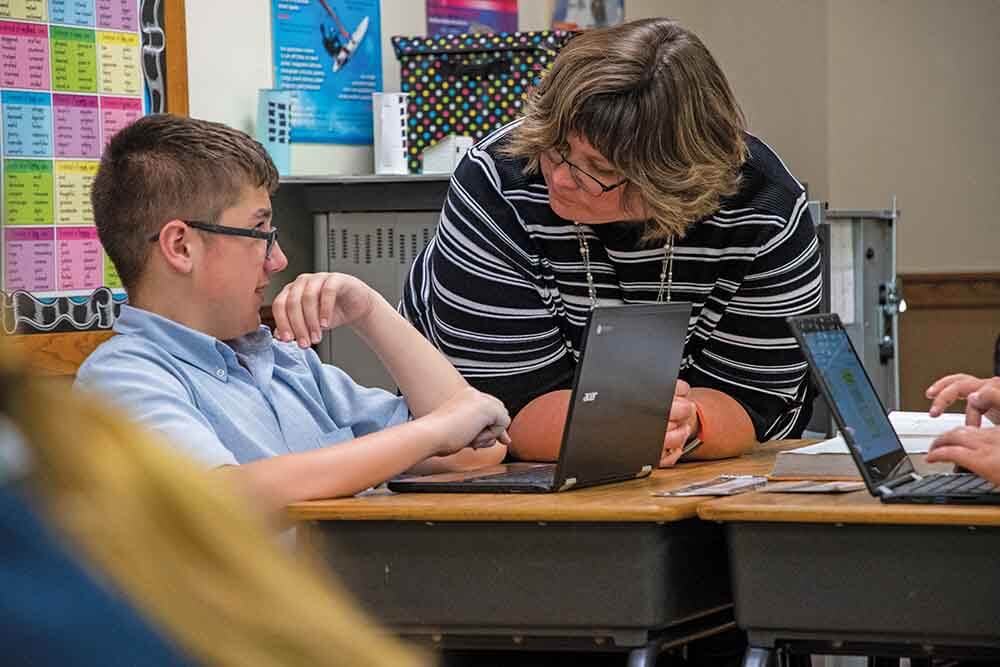 Karn discovered she loved middle school as an undergraduate at Mount St. Mary’s University in Emmitsburg. Although she had wanted to teach high school, a quick taste of middle school during her “junior block” student teaching days changed her mind.

“I absolutely loved it,” said Karn, a graduate of the former St. Joseph’s Catholic School in Dallastown, Pa., and  The John Carroll School in Bel Air, who has a master’s degree from the Mount.

She taught for four years at St. Elizabeth of Hungary in Highlandtown, and immediately knew she was in the right field.

After marrying David Karn  in 2001, she moved to Hagerstown, his hometown. A year later, she began teaching middle school language arts at St. Mary.

Understanding her young charges and their spontaneity adds to that fun. Karn recalls a boy who loved the unit on mythology. On class presentation day, a girl dressed as Athena was speaking when he jumped up and blurted out, “Did you know Athena was a virgin?”

“That’s a classic example of how unpredictable middle-schoolers can be,” Karn said.

At St. Mary, which earned National Blue Ribbon School of Excellence distinction in 2017, Karn is a member of the Positive Behavior Interventions and Support and Testing committees, and National Junior Honor Society moderator. She is the mother of Noah, a freshman at St. Maria Goretti High School, and Emma, a St. Mary fifth-grader. 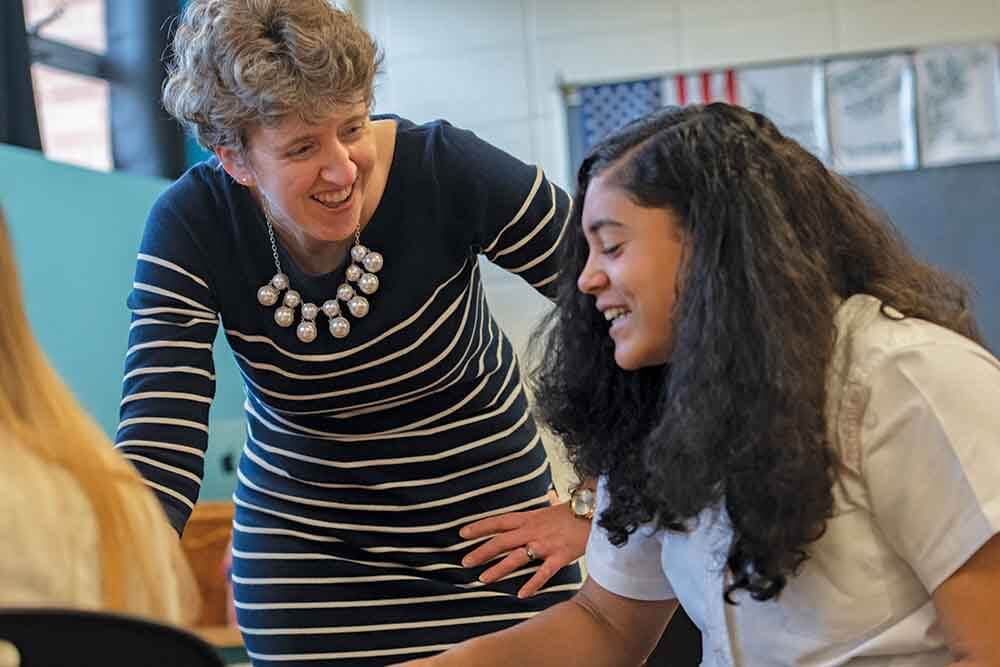 Becky Egan Hogg shares a smile with one of her Mercy High students prior to religion class in March. (Kevin J. Parks/CR Staff)

Hogg couldn’t imagine teaching anywhere but Mercy. She tried working elsewhere before finally, as she put it, coming “home.”

She and her sister are alumnae; she is mother of two “future Mercy girls”; her mother, Peggy Egan, taught social studies there; and her father, Jerry, served on the school board.

After earning her bachelor’s degree from Fairfield University and her master’s at Yale Divinity School, Hogg taught at Mercy for five years, then followed her dream of being a campus minister to the University of North Carolina at Chapel Hill.

Two years later, she came home and  spent a year as director of sacramental preparation at two Baltimore County parishes. A part-time stint at the since-closed Towson Catholic High School reinforced her teaching vocation, and she returned to Mercy in 2003.

“I needed Mercy and I needed to be a teacher,” she said, citing diversity among its strengths. “We reflect Baltimore pretty well. The breadth of God’s creation, we’ve got it all.”

The Teacher of the Year award, said Hogg, a parishioner of St. Matthew in Northwood, honors all of Mercy’s devoted teachers.

“We’re in this together,” she said. 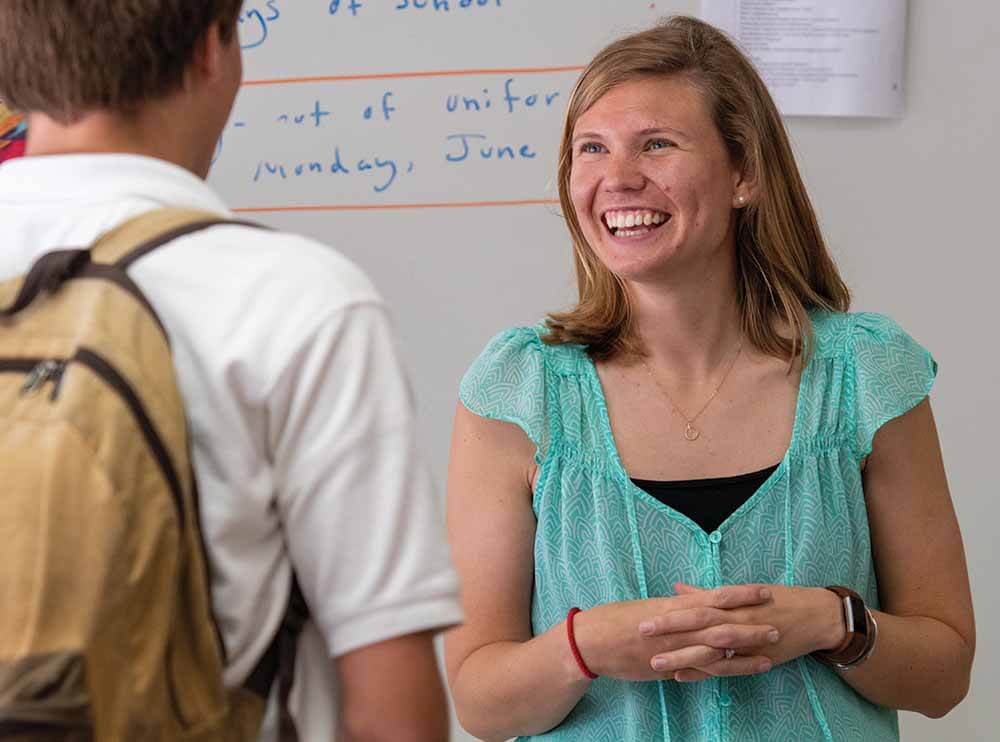 While Karn and Hogg always wanted to teach in a Catholic school,  Marsh came to  Annapolis with no experience in Catholic education. A graduate of Perry Hall High School, she studied history at St. Mary’s College of Maryland, then got her master’s degree at the College of William and Mary.

At St. Mary’s High, she enjoys the supportive atmosphere, small class sizes and faith’s centrality in the school day.

“It’s become clear I was called to St. Mary’s, not only to enrich my own faith but … the lives of these students,” said Marsh, who attends Severna Park United Methodist Church.

Their behavior at a schoolwide Mass left a lasting impression, as Marsh said, “These kids really get it. This is a different level of community I haven’t experienced in a high school.”

With Marsh as coach, St. Mary’s field hockey won the Interscholastic Athletic Association of Maryland B Conference for the first time last fall. She has been Model UN Club moderator and helped with Hope for Healing, a group founded by students that supports hospitalized children. Marsh also attends every single overnight retreat.

Marsh considers it a win when a student stops to talk to her.