Even in trying times, the 19 high schools in the Archdiocese of Baltimore continue their tradition of academic excellence, as evidenced in these four young people who would have been recognized April 23 at the Distinctive Scholars Convocation, an annual event of the Department of Catholic Schools. 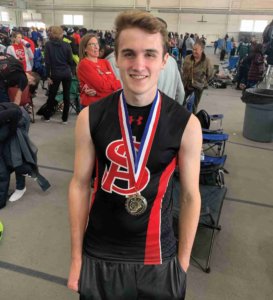 Hardart spent portions of the last two summers volunteering in a research lab at Johns Hopkins Hospital, studying the benefits of a common chemical on infants suffering from abnormal brain flow. Mid-February found him at a medical conference in the ­Bahamas, where he helped present the Hopkins team’s findings in a paper titled “Oleuropein Protects White Matter After Neonatal Hypoxic Brain Injury and Hypothermia.”

How did he find his way to neuroscience?

“I had a lot of different interests in middle school,” said Hardart, whose family worships at St. Mary and St. John Neumann in Annapolis.

His college decision – Massachusetts Institute of Technology over Yale – was delayed, along with his running career. In 2019 he set school records with times of 4 minutes, 18.08 seconds and 1:55.75 in the 1,600 and 800 meters, respectively.

“We’ve got a pretty strong running community online,” Hardart said. “After New Balance (the indoor prep nationals) was canceled, people lost a week gathering themselves. Then the runner’s mentality kicked in and we said, ‘let’s start training for cross country.’ ” 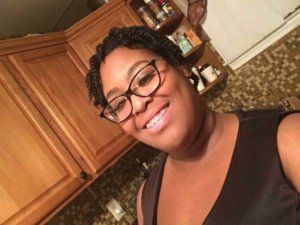 With the pandemic suspending the corporate internship program at Cristo Rey Jesuit, Jones’ final day at Hunt Investment Management was March 10. She also had to cancel the fashion show she was planning to highlight CRJ’s “People of Power and Purpose” Club.

Jones has been vice president of the National Honor Society, a peer minister, math tutor and was manager of the school’s Step Team.

“I tried to get my hands into every single thing I could (at Cristo Rey), to my parents’ (Edward and Paulette) dismay,” said Jones, who chatted up classmates after the May 30 prom was canceled. “Everyone was a little devastated about that. We’re talking. Should we do something over the summer?”

She hopes to enroll at Loyola University Maryland, one of the seven colleges that have sent acceptances, and go into education. Jones’ track record as a middle-school tutor has her more in demand than ever.

“We do FaceTime, and they always have my phone number,” Jones said. “The kids who got study packets aren’t afraid to call me.” 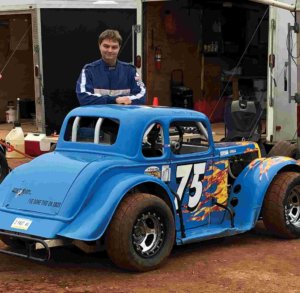 It wasn’t the coronavirus that put Pagnotta’s auto racing on hold. A March 14 wreck at Lincoln Speedway in Abbotstown, Pa. – in which the rear of his Legends Series car (5/8-scale replicas of bodies from the 1930s and ’40s) was clipped, sent it airborne and left him with a concussion – was to blame.

“It stinks,” Pagnotta said. “But once we get through this (the pandemic), I’ll be back out there.”

Pagnotta, who raced go-karts around the yard at age 8, caught the bug from his father, Fran, a senior engineer for Volvo. He will study mechanical engineering at Virginia Tech in Blacksburg, Va. Ironically, Pagnotta took the bus to St. Maria Goretti from his home in Chambersburg, Pa., where he attended Corpus Christi Catholic School and remains active in its Vacation Bible School.

At Goretti, he’s a member of the National Honor Society and Habitat for Humanity.

“We’ll get back out there sometime soon,” he said. 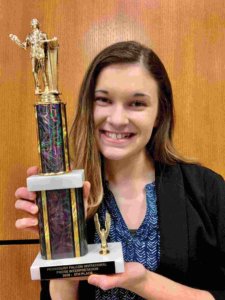 Yurechko has eclectic interests, as she is considering majoring in chemistry or philosophy at Washington and Lee University in Lexington, Va., while minoring in poverty studies.

“That’s always relevant, but now more than ever,” Yurechko said.

The captain of John Carroll’s Speech and Debate team can make her case on an array of subjects. That pursuit gained Yurechko berths in spring competitions in Kentucky and New Mexico, the first of which was held online.

Her empathy is grounded in her home and at St. Joan of Arc in Aberdeen. She began her education at its parish school, and continues to serve its Good Samaritan Food Pantry.

At John Carroll, Yurechko founded the “Friends Are Family” Club, which promotes mental health awareness. Her senior capstone project promoted mental health. The pandemic, she said, “is going to draw more attention to coping skills that we hadn’t thought of before.”

Her own include playing the piano, writing award-winning poetry and weightlifting, a pursuit that has seen the petite Yurechko squat 135 pounds.