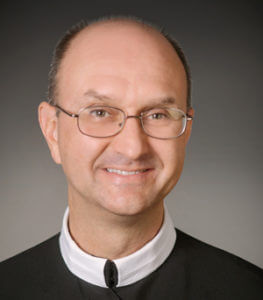 Pope Francis named Redemptorist Father Bruce A. Lewandowski as a new auxiliary bishop of Baltimore. The announcement was publicized June 10 by Archbishop Christophe Pierre, apostolic nuncio to the United States.

Although such announcements are usually marked by a press conference, due to the global coronavirus pandemic, Archbishop William E. Lori made the announcement with Bishop-designate Lewandowski via video messages in English and Spanish.

The bishop-designate has served since 2015 as pastor of Sacred Heart of Jesus/Sagrado Corazón de Jesús Parish in East Baltimore’s Highlandtown, considered by many the heart of Hispanic community in the archdiocese. He also has served the last seven months as the archbishop’s delegate for Hispanic Ministry.

Archbishop Lori thanked Pope Francis for the appointment and expressed gratitude to the Congregation of the Holy Redeemer (the Redemptorists) for its generosity in sharing Bishop-designate Lewandowski’s pastoral gifts in the Archdiocese of Baltimore.

“In his role as pastor of Sacred Heart of Jesus Parish in Baltimore and as my delegate for Hispanic Catholics, Bishop-elect Lewandowski has demonstrated the true heart of a shepherd, not only for his own parish community, but also for all in need of support and compassion in the City of Baltimore and throughout the archdiocese,” the archbishop said.

“As we warmly welcome our new auxiliary bishop, please join me in praying that God will abundantly bless Bishop-elect Lewandowski in his new ministry to the people of the Archdiocese of Baltimore.”

The archbishop said that for the foreseeable future, the bishop-designate would continue serving in his current roles. 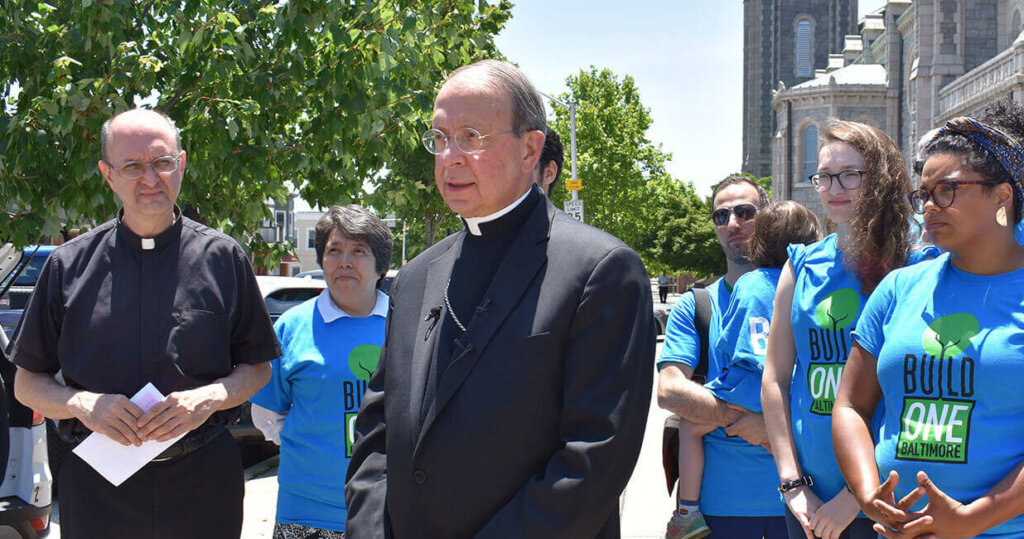 He will be ordained a bishop Aug. 18 at the Cathedral of Mary Our Queen in Homeland.

Bruce Alan Lewandowski was born June 8, 1967, turning 53 just two days before his appointment as a bishop was announced. He is originally from Toledo, Ohio. He professed vows as a Redemptorist in 1988, and was ordained a Redemptorist priest in 1994 at the Basilica of the National Shrine of the Immaculate Conception in Washington, D.C.

He attended grade school at his home parish, St. Gerard in Lima, Ohio, and then went to live at St. Mary’s Seminary High School, the Redemptorist minor seminary, at age 14. He studied at St. Alphonsus College, the Redemptorist seminary in Suffield, Conn., and at the Washington Theological Union for his graduate studies.

He studied Spanish in the hopes of becoming a missionary at Redemptorist missions in the Dominican Republic or Paraguay. Instead, his first assignment after ordination was a surprise.

“When I got my call after ordination, they said, ‘You’re going to go to East Harlem, Spanish Harlem, in New York City.’ And I said to them, ‘I thought I was going to the missions.’”

The provincial at that time was now-Archbishop Edward Gilbert, archbishop emeritus of Port of Spain, who told the new priest, “You are going to the missions. That’s mission territory,” because at that time, many people from Latin America were arriving in New York. 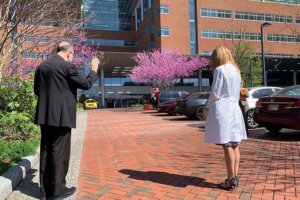 Redemptorist Father Lewandowski offers a “Blessing in Time of Pandemic” April 8, 2020, outside The Johns Hopkins Hospital in Baltimore, where he was joined by Dr. Redonda Miller, its president. (Paul McMullen/CR Staff)

“I have had the blessing, the grace, the privilege, the honor – what I think is one of the greatest experiences of my life – of being able to accompany and live with, work with, pray with, serve with, celebrate with our Latino brothers and sisters,” Bishop-designate Lewandowski told the Catholic Review.

Bishop Adam J. Parker, auxiliary bishop of Baltimore and moderator of the curia, welcomed the appointment of the new bishop as a great blessing and sign of hope, particularly during this time of global and national crises that include a global pandemic and protests around the country against systemic racism.

“He is a staunch advocate for justice who works tirelessly to break down barriers on behalf of those who are oppressed in keeping with the mandate of the Gospel of Jesus Christ,” Bishop Parker said of the bishop-designate.

Bishop Parker added: “I am thrilled at the prospect of working alongside him, and I am grateful to the Holy Spirit and Pope Francis for giving us the very bishop we need right now.”

Bishop-designate Lewandowski expressed his thanks to Pope Francis and Archbishop Lori.

“I am very happy to call Baltimore my home and the archdiocese my home. It’s just a wonderful honor and privilege that I’ve received,” he said. “I’m home. I’m home.”

The bishop-designate added that he looks forward to working more closely with Bishop Parker and Bishop Denis J. Madden, auxiliary bishop emeritus, and the staff at the Catholic Center, the priests, deacons, religious and lay faithful of the archdiocese.

New auxiliary bishop wanted to be a ‘frontier priest’