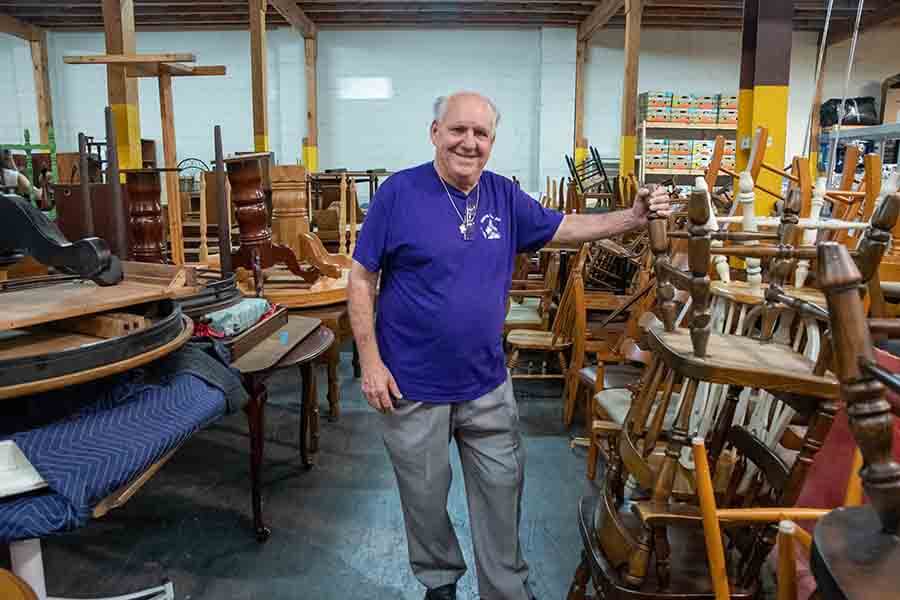 St. Philip Neri Church parishioner and co-founder of HOPE for All, Leo Zerhusen, stands among the many pieces of donated furniture in the 14,000-square-foot warehouse of the Anne Arundel County outreach. (Kevin J. Parks/CR Staff)

GLEN BURNIE – Under the guidance of Leo Zerhusen, HOPE (He Opens Paths to Everyone) For All has turned empty houses into furnished homes and outfitted children for school.

Now the ecumenical Christian ministry is preparing for a transition. While Zerhusen will step down as executive director of a program he began in 2004, he’ll continue to be involved – no surprise for someone who’s been giving back since the 1960s.

“We could never replace his value. said Connie Cooper, president of the HOPE for All board. “We’ll hold on to him as long as we can.”

Zerhusen and his wife, Diane, are parishioners of St. Philip Neri in Linthicum Heights. They met in 1968, when she was teaching at Our Lady of Victory School and he was a Loyola College student who came to share about his faith with her class.

He also went into teaching, first at Holy Trinity School in Glen Burnie, where, he said, “We celebrated our engagement at the convent with the sisters who were teaching there.” The Zerhusens will celebrate their 48th wedding anniversary in November.

Both are retired teachers, his last post being at St. Philip Neri School.

What began in the Zerhusens’ basement now occupies four locations, including a 14,000-square-foot warehouse, and fields referrals from 23 agencies in Anne Arundel County.

HOPE has two main programs. Turning Houses into Homes provides housewares, furniture and linens for an average of 25 families a month as they escape homelessness. Head to Toe provides students with clothing and school supplies. HOPE also offers help in Terra Alta and Bruceton Mills, W.Va.

“The need is astronomical. We put 76 families into homes in May and June,” said Zerhusen, who estimates HOPE has helped 28,000 families. It is an effort fueled by volunteers.

“I’ve always thought you had to give back,” said Zerhusen, who has never drawn a salary from HOPE.

Its logistics manager has seen Zerhusen open his wallet for strangers. 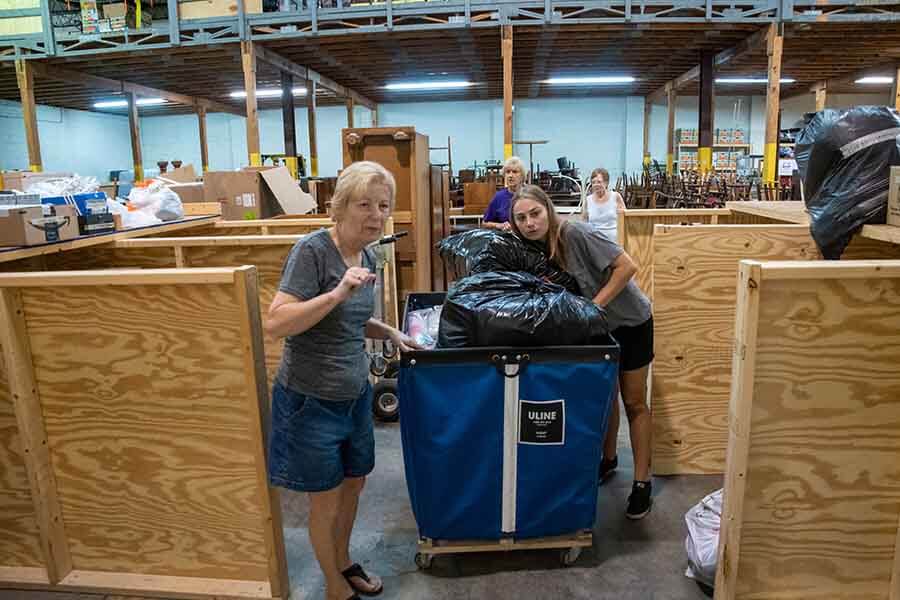 “The man is the most humble person I’ve ever met,” Roger Potter said. “Leo will be the first person to say, ‘this didn’t come from me – it came from God.’ ”

Students from Catholic high schools, such as Archbishop Curley, Archbishop Spalding and Mount St. Joseph, were part of the 14,000 hours clocked last year by volunteers, who include 100 regulars.

“Until I started doing this, I had no idea the level of poverty that existed locally,” said Brock Hutton, one of the regulars. “A lot of us are not young, but we dedicate our lives to God and the community. They (the Zerhusens) are the most caring people you can imagine. They are two of the most wonderful human beings I’ve ever met.”

Service begins with getting to know clients.

“They will tell you their story,” Zerhusen said. “It’s often not a good story.”

After a divorce, Loretta Hall and her 10-year-old daughter lost their home and lived out of her car for two years. Their new residence was furnished by HOPE, including new beds.

“It means a lot,” Hall said. “We had a hard time finding housing. We lost everything in storage that we had, so it’s a blessing.”

While Zerhusen will step down at some point, he intends to remain involved.

“It’s part of me,” he said. “I’ve always told the Lord that as long as he gives me the health, I will continue to do it.”