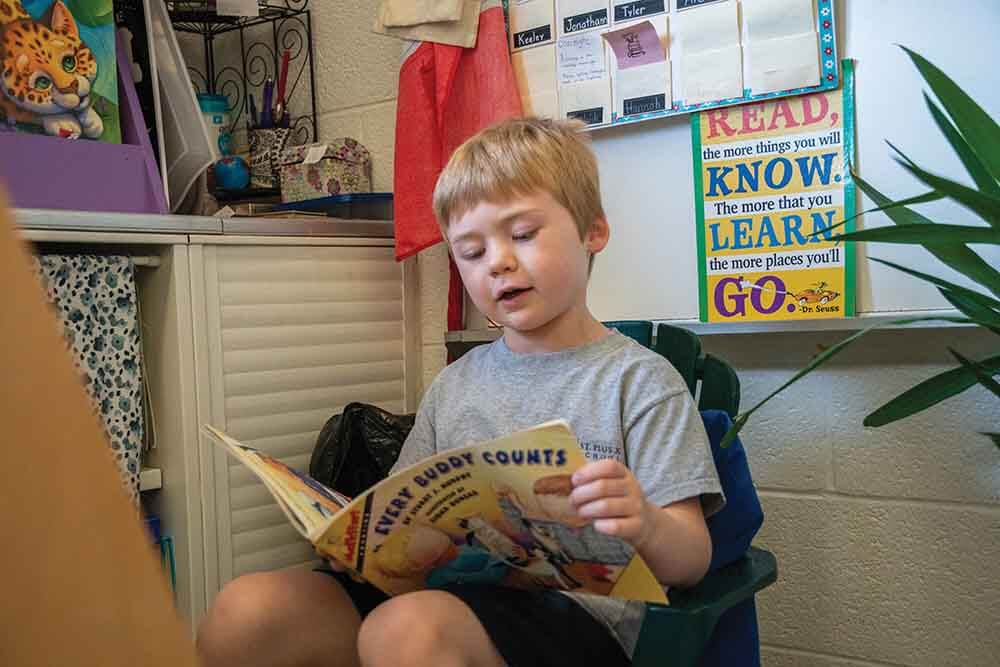 RODGERS FORGE – As fellow students huddled over science projects or reading lessons, Graham Clossey, swathed in a kid-sized apron, busily scrubbed a table so that it gleamed. A member of one of two classes for 6- to 9-year-olds, he sighed as he finished the task.

“I need a break. I’m tired of scrubbing,” he said.

In the Montessori program at St. Pius X School in Rodgers Forge, scrubbing tables is as much a part of the school day as reading, science and religion.

The only Catholic Montessori school in the state, St. Pius X in 2011 began transitioning to the individualized program, which is designed to allow students to learn at their own pace. Italian physician Maria Montessori developed the teaching method in 1907.

St. Pius X started the program for 3- and 4-year-olds in the 2011-12 school year. As those children moved up through successive levels, the Montessori model was introduced there, according to Jennifer Ripley, who became principal in 2015.

“I believe in Montessori,” Ripley said. “I believe it works. I believe the children are learning.”

In 2009 then-Baltimore Archbishop Edwin O’Brien formed a 15-member Blue Ribbon committee, partly in response to declining enrollment at the elementary level. Its recommendations for restructuring archdiocesan schools, announced in 2010, included the Montessori model as an option.

“We were assigned to establish a Montessori program,” Ripley said.

It’s been a success, according to Donna Hargens, superintendent of Catholic schools for the archdiocese.

“It allows St. Pius to do one thing and they are doing it really, really well,” she said. “I think it’s a wonderful option.” 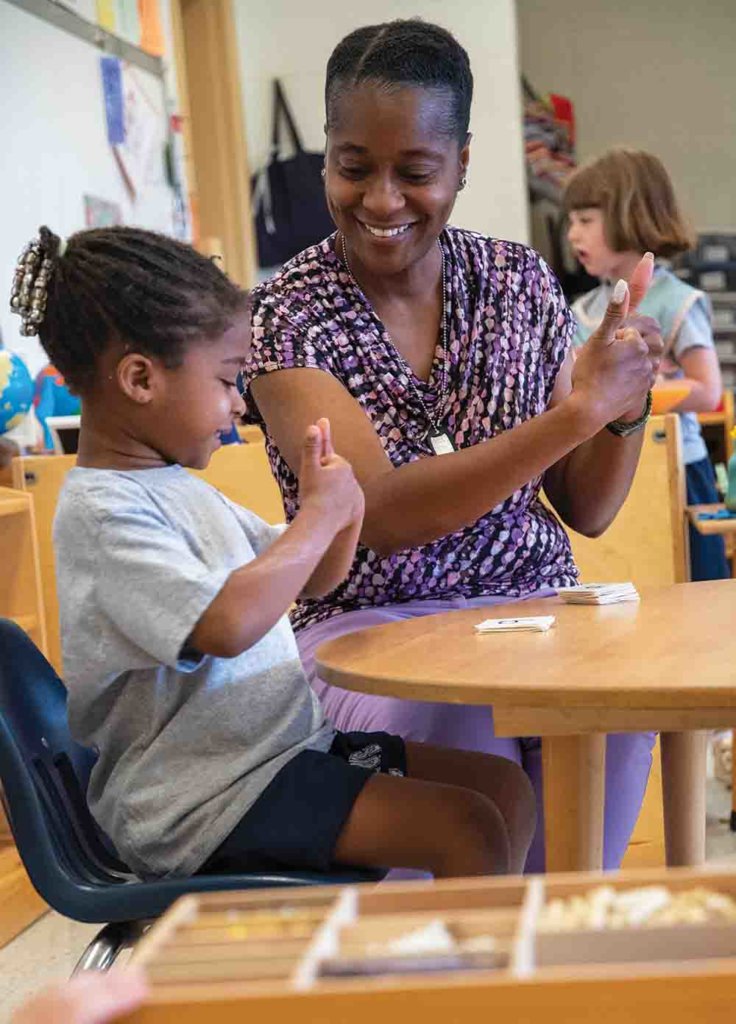 Ripley, a teacher when the conversion was announced, took the initial teacher training as the administration got to work, educating its faculty and parents, and marketing the new concept to parishioners and other families.

“It was a year of intense planning,” she said.

Ripley has two sons, Andrew and Joey, in the program. Johnson saw her daughter Rachel, now a sophomore at the Institute of Notre Dame in Baltimore, prosper at St. Pius X.

Johnson took the initial courses to teach a primary class in the Montessori program, and “loved” it right away.

“I never wanted to leave,” she said.

For the 2019-20 school year, the Upper Elementary program will be completed with students ages 9-12 (or grades 4-6). The Adolescent Community (visualize grades 7 and 8) will be introduced next year, so that the class of 2022 will include the first students to come through St. Pius X exclusively in the Montessori program.

Children spread out in hushed classrooms, some working alone while others bend over a group project. A teacher may be sitting with a reading group while individual students are reading in a corner, arranging flowers or having a snack.

“Everyone in the classroom is doing something different,” Johnson said. 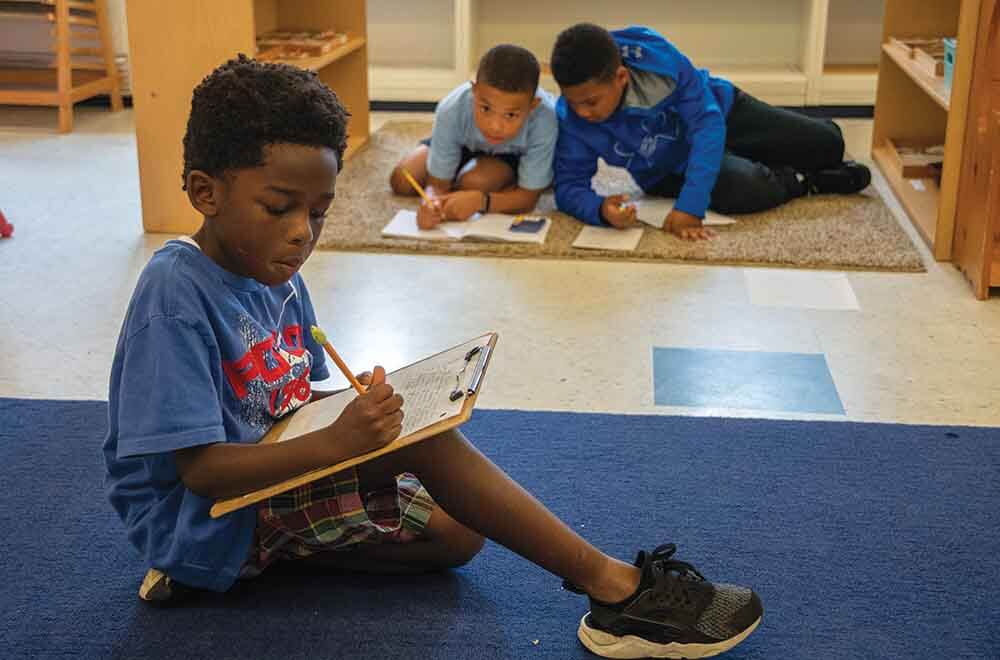 Lessons in grace and courtesy are part of the school day. From their first days in the classroom – “environment” in Montessori parlance – children learn to say “I’m not available” when they are interrupted. When conflict erupts, the children handle it.

“We try to leave everything up to the children,” Johnson said. “They have to work it out among themselves.”

Religion has its own special place, a room called the atrium, set aside with stations on the Bible, the sacraments and moral development.

Kathleen Franks, catechist, follows the Montessori-based Catechesis of the Good Shepherd curriculum. She developed booklets for independent learning and created tiny altars to help children learn about the Mass, with her husband, Greg, donating his woodworking skills.

Enrollment is 135, smaller than it was two years ago, but by design, Ripley said.

The school remains part of the half-century of St. Pius X traditions.

“No matter which program you went through, we are St. Pius. Period,” Johnson said.